The logo serves as a testament of commitment to parent companies, employees and community

(Oct. 27, 2020) HUNTSVILLE, Ala. – Today, Mazda Toyota Manufacturing, (MTM), the joint-venture between Mazda Motor Corporation and Toyota Motor Corporation, revealed its corporate logo. The logo, which was developed through partnership with local marketing agency Red Sage Communications, is rich in symbolism and was designed to represent MTM’s mission, vision, values and ties to North Alabama.

“The development process for the MTM logo was very intentional. We solicited the collaboration and support of our entire team – from production employees to executive officers – to ensure there was meaning in nearly every facet of the design,” said Mark Brazeal, MTM VP of Administration, “We want North Alabama to see our logo as a reminder of our commitment to serve as a hometown company as much as we want our team to be inspired and motivated to build the highest quality products for our customers every day.”

“The opportunity to work collaboratively with Mazda Toyota Manufacturing’s team to develop their new logo and brand identity was tremendously exciting. We were honored to be chosen for the partnership” said Ellen Didier, Red Sage Communications Founder & President. “The company’s brand values of innovation and collaboration, as well as a desire to relate to and connect with the North Alabama community, were key inspirations for the design.”

The logo, which reads “MTM”, is composed of two sides joined by three lines representing the company origin and foundation of support from its parent companies, Mazda and Toyota. It also includes meaningful design elements such as use of a custom red that was created through a mix of three shades of paint; Alabama State Red, Toyota Red and Mazda Soul Red. The blend was created by students at Limestone County Career Technical Center and was painted on the vehicle cabs used to complete assessments at the AIDT/MTM Assessment Center.

“As we prepare to resume applications for Production Team Members in the upcoming months and continue to make strides toward start of production, we are so proud to reveal our logo to the community. We look forward to being here, building our team and offering exciting opportunities to join us for many, many years to come,” said Brazeal. 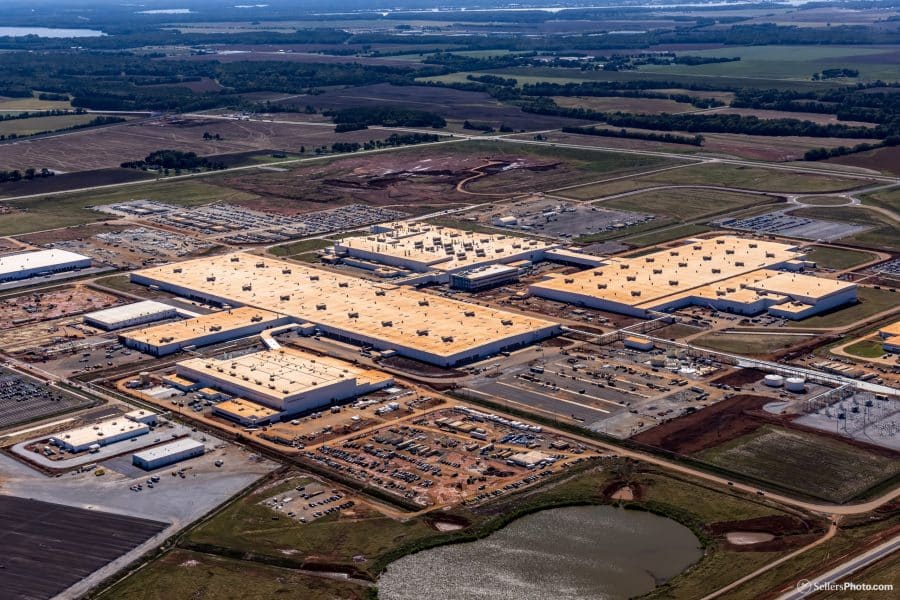 Currently, MTM has hired over 750 employees and has reached the following milestones toward plant completion:

A full explanation of each design element is included in this graphic.