Senator Shelby discusses work to resolve funding for NASA, other agencies by Feb. 15 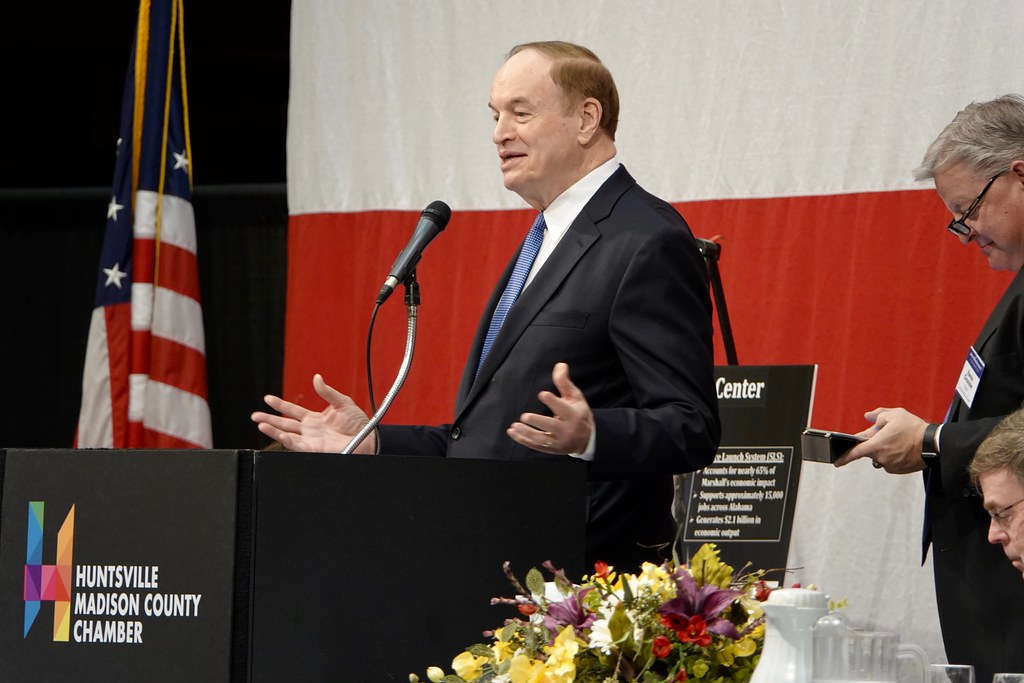 Please scroll through the photos above to see more pictures from the event.

HUNTSVILLE, Ala. (February 4, 2019) – U.S. Senator Richard Shelby gave his annual address to members of the Huntsville/Madison County Chamber on Monday, first hitting the topic that was on everyone’s minds — the recent partial government shutdown, and the impending February 15 deadline which could mean another similar situation.

“Nobody wins in a shutdown, not the President, not the Speaker, and who really loses is the American people,” said Sen. Shelby.

Sen. Shelby is part of a 17-person bipartisan conference committee tasked with creating a deal on border security and President Donald Trump’s proposed border wall. Later this week, the committee will hear from Customs and Border Patrol experts to learn what they believe is needed along the Southern border.

“It’s become a political toss of the ball,” said Sen. Shelby.  “We’re not experts. I said let’s bring the professionals up to the committee level to talk with us. They’re coming Wednesday. The people who man the border, and know more about the border than we do, and I’m hoping something will come out of that. It’s not what the Speaker [Rep. Nancy Pelosi] says, it’s probably not what the President says, it’s what the people who are doing it every day — that’s who we ought to be listening to.”

“What I’m trying to do is get to yes. To fund the government, to move on to other things,” he added.

Sen. Shelby then got to the topic of Huntsville. “Huntsville’s on fire. The whole area is on fire economically. You’re attracting everything here. You’ve got the brainpower here, the workforce, you’ve got the good attitude of the county commission, economic development and the city,” said Sen. Shelby. In Congress, we’re doing everything we can to make the footprint of Huntsville bigger, in regards to what you do here, and what you can do here.”

Sen. Shelby discussed the new $110 million federal courthouse coming. No timeline has been announced, but he said construction could start in the next year.  It will be built on five acres the city purchased at the corner of Gallatin Street and Lowe Avenue.