State of The City

State of The County

AFC Concert In The Park

The mission of the Government & Public Affairs Department is to advocate policies and legislation that promote the economic prosperity of the Huntsville/Madison County region.

We work to protect and strengthen federal programs impacting the local economy, pursue the development of infrastructure that encourages business growth, and encourage a cooperative spirit with government officials at all levels.

STATE OF THE CITY ADDRESS

The Huntsville/Madison County Chamber is delighted to provide the Mayor of the City of Huntsville a forum to present the State of the City Address to our community. Mayor Battle uses this opportunity to highlight the city’s progress in economic development and present his “annual report” to the citizens of Huntsville, highlighting the challenges from the past year and his outlook for the year ahead. The event is well attended with more than 1,100 representatives from business, government and nonprofit organizations attending. STATE OF THE COUNTY ADDRESS

This annual event provides Chairman Strong with an opportunity to update the business community on the progress of Madison County. His address will include a review of the Madison County Commission’s progress, issues currently facing our region, and his outlook for the year ahead.

This annual event provides Alabama’s governor with an opportunity to update the Huntsville/Madison County business community on critical state business legislation and issues. We hope to use this occasion to ask the Governor to provide an outlook for the year ahead. Through this update, the Chamber facilitates communication between leaders in state government and regional businesses. Approximately 800 Chamber members attend this event. 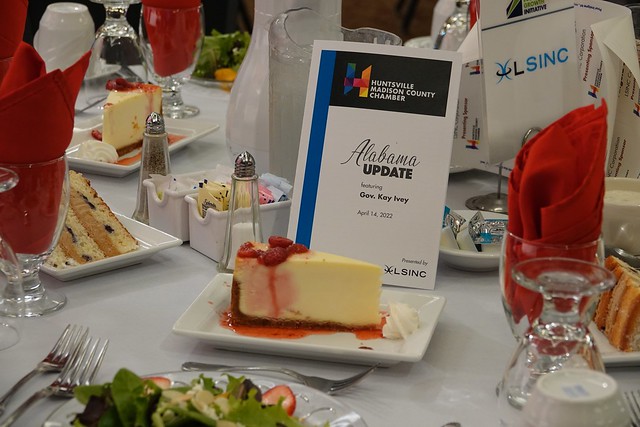 This annual event provides the Congressman representing the Fifth Congressional District with an opportunity to update the business community on critical issues facing our community. This address will typically include views on the past year’s progress on the issues impacting our region, and an outlook for the year ahead. Through this update program, the Chamber facilitates communication between members of Congress and regional businesses.

This event provides Senator Tuberville with an opportunity to update the business community on critical business, NASA and military issues facing our community. Senator Tuberville will use this time to update the membership on issues impacting economic development and national security as they relate to the Huntsville/Madison County community. The U.S. Senate plays a critical role for the local military and NASA programs and other policies that play into our regional economy. 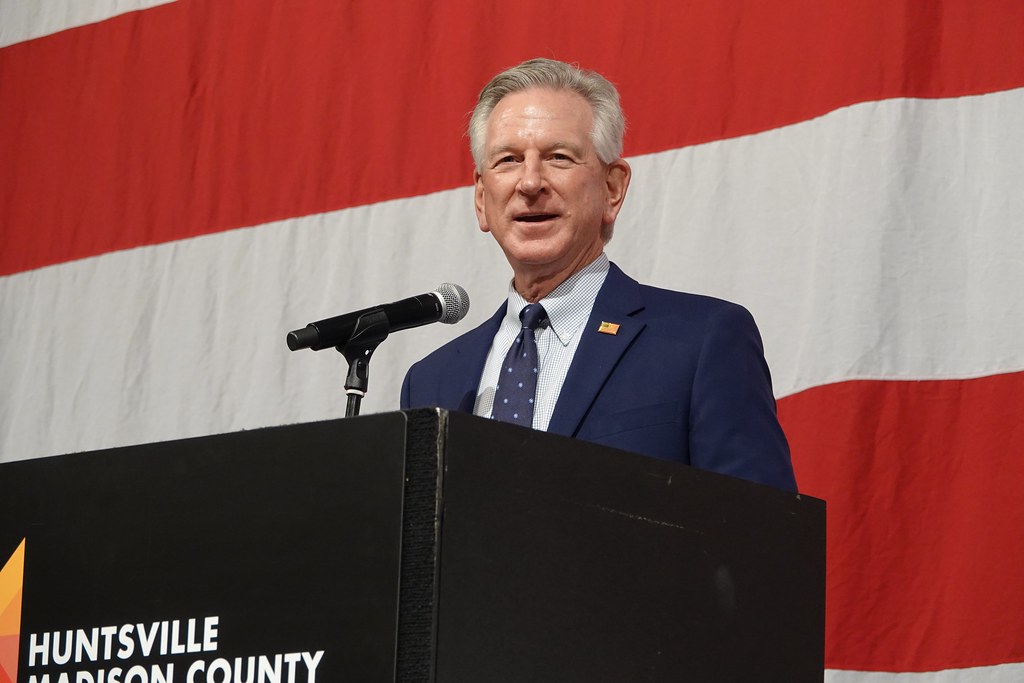 This event provides Senator Shelby with an opportunity to update the business community on critical business, NASA and military issues facing our community. Senator Shelby’s briefing includes his views on the past year’s progress on the issues that impact our region and his outlook for the year ahead. Through this update program the Chamber facilitates communication between Senator Shelby and businesses, both large and small. Approximately 1,000 Chamber members are expected to attend this event. 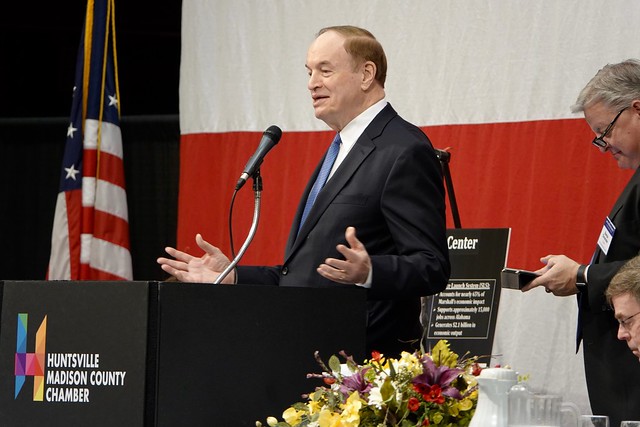 Redstone Arsenal is the economic engine that powers roughly half of the Huntsville metro economy. If you don’t work on base, learning about what takes place on Redstone can be confusing with all of the acronyms, military commands and other lesser-known federal agencies. Those who are familiar with the Arsenal have few opportunities to learn about many of the other directives that lie outside of their scope of responsibility.

Redstone is the nation’s nerve center for Army materiel management and a leading center for federal research and development. Redstone is the center of gravity for the Missile Defense Agency and the home of the Army’s aviation, missile, and missile defense programs and commands. It also serves as NASA’s nerve center for development of space exploration systems and space science. Significant FBI and ATF facilities are also located on Redstone Arsenal.

The Chamber will host a half day “Redstone Update” seminar and a luncheon in the last quarter of 2019 featuring presentations from Redstone’s diverse tenants to provide information concerning where these commands and the installation are headed in the future.

Join us for this annual celebration of our partnerships with the space, defense and homeland security agencies doing business on Redstone Arsenal. Spend the evening on the banks of the Tennessee River and enjoy a delicious buffet of fresh Gulf seafood, an open bar and live music! Historically, more than 350 government agency leaders and our community’s top business and elected leaders attend this event. 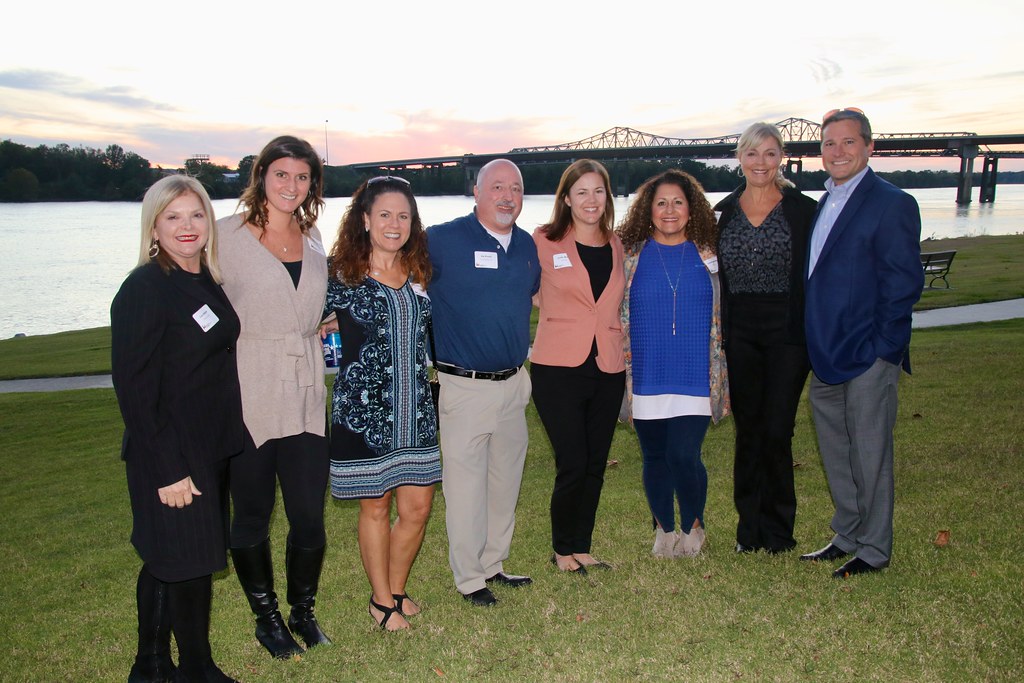 Redstone is the home of the four-star Army Materiel Command and a dozen other Army, Missile Defense and Defense Intelligence Agencies, Commands and Offices. Over 40,000 people work on Redstone and more than $50 Billion in federal budgets are managed on the base. 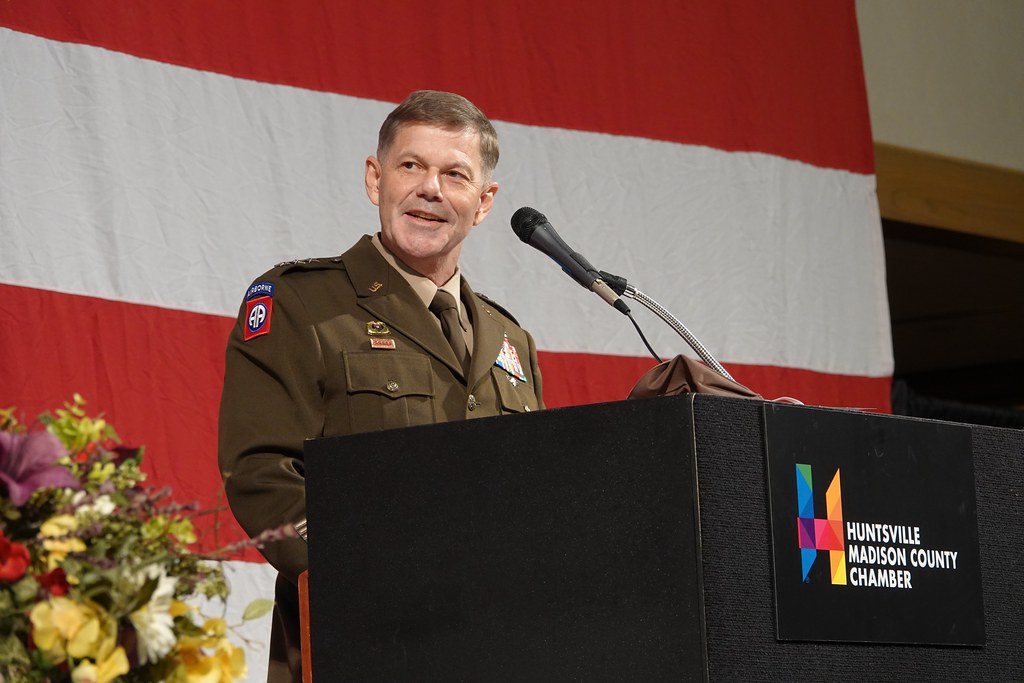 ARMED FORCES CONCERT IN THE PARK AND FIREWORKS SHOW

The Huntsville/Madison County Armed Forces Celebration is a week-long series of events demonstrating our community support for those serving our nation in the military. Celebration events include a concert and many special opportunities for the community to show its appreciation to our Army, Navy, Air Force, Marines and Coast Guard. Over the years the event has grown to include a special military-themed Concert in the Park and Fireworks Show, as a part of the City of Huntsville’s “Concert in the Park” series of events. 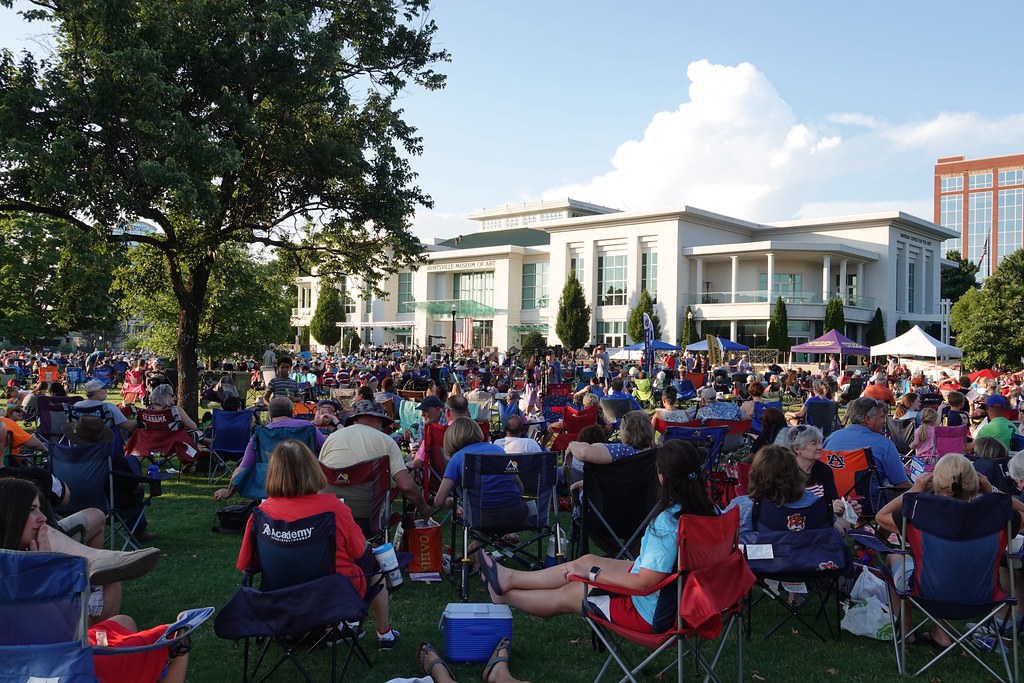 The Armed Forces Celebration is all about nurturing the relationships between the people who lead and work on Redstone Arsenal and the people who lead and work in the surrounding community. What better way to accomplish this goal than by engaging in a little fun together? The Redstone/Community softball game brings the local elected leaders together with the Redstone leadership for a softball game at the Toyota Field, the home of the Trash Pandas. Admission to the game is free and there’s beer and ballgame food to enjoy. The 2021 game brought ~400 to the stadium, but we expect far more in the future. 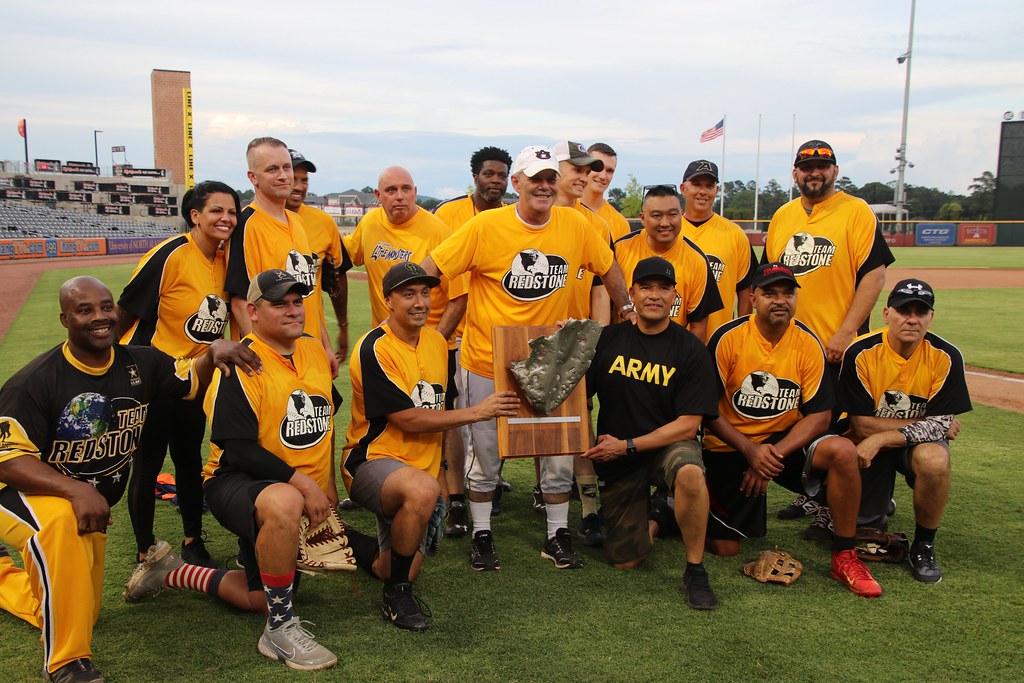 The Chamber’s annual trip to the Alabama Capitol provides an opportunity to meet with key leaders in state government and reaffirm collaboration with our state elected officials. Past trips have included meetings with members of the Governor’s Cabinet and the leadership of the Alabama Legislature. Local businesses and elected leaders who participate find it an excellent opportunity to network with other community leaders and familiarize themselves with Montgomery and our critical state issues. The Montgomery Trip will be an overnight stay. 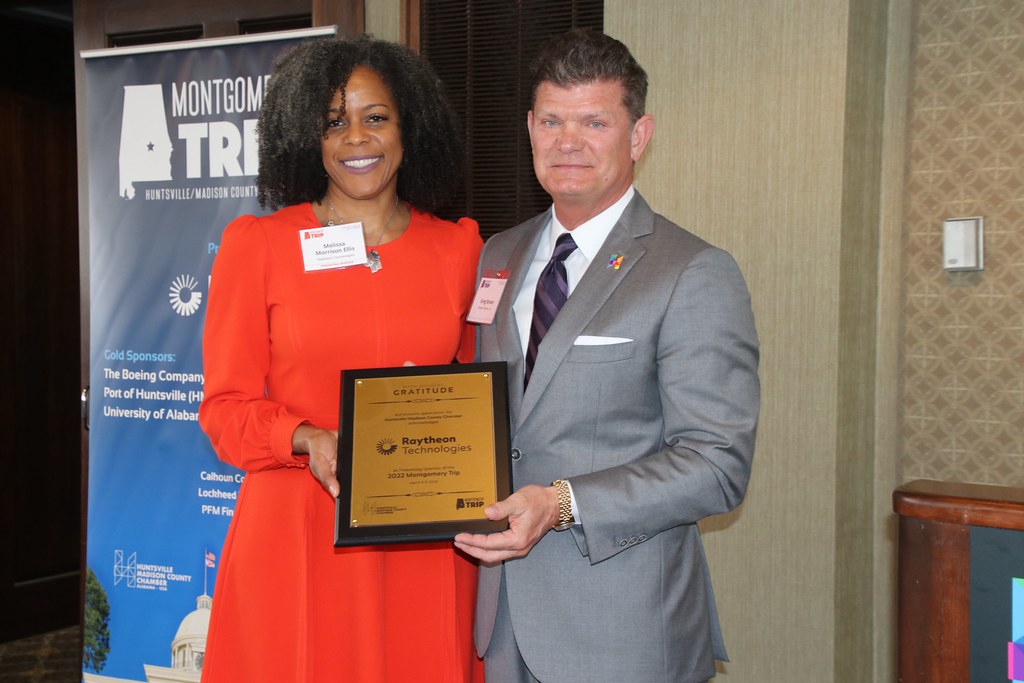 The Chamber’s Washington DC Trip provides an opportunity for the region’s movers and shakers to meet with our Congressional Delegation and key federal agency leaders to advance the critical issues included in our Federal Agenda. .

OThe trip is recognized as one of the most successful Chamber-hosted DC “fly-ins” in the nation. Our itinerary includes two days of meetings, briefings, lunches, and receptions with members of the Senate and U.S. House of Representatives, NASA, military leaders, and other federal leaders impacting our region. More than 190 of North Alabama’s most successful business and elected leaders participated in the previous trip. 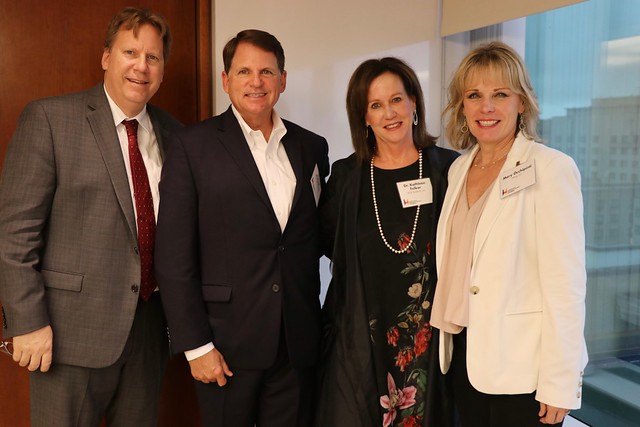