HUNTSVILLE, Ala. – U.S. Senator Richard Shelby got straight to the point as he began his remarks Tuesday morning in Huntsville.  He commended many in the audience connected to Redstone Arsenal and Marshall Space Flight Center, saying the work they are doing is critical to our nation’s strength and scientific advancements.

“Look at the Army, your big presence here. Army Materiel Command, what you’re doing here in research. What the Missile (and Space) Intelligence Agency is doing. What NASA is doing. It’s always a big fight, but we seem to be winning it for the right reasons,” said Sen. Shelby.

Approximately 850 people in the audience listened intently as Sen. Shelby commented on timely topics, including cyber security and threats from abroad.

“Cyber security is an area we’re all concerned about. We know that. We all know our challenges in the world,” Sen. Shelby said. “China is going to be our greatest opportunity and our greatest challenge. They’re determined to build a blue-water navy, which would bring huge repercussions for trade. We have to be conscious of Russian and Vladimir Putin. You don’t know what he’s going to do next. North Korea – we’ll be back to normal times after the Olympics, and normal times aren’t normal there. We’ve got an irrational leader there. Look at the Middle East – we’ve spent a lot of money there, but have we made any real progress? Some would argue we have not.”

Here are pictures from the breakfast. Thanks to everyone who attended, and thanks to Torch Technologies for supporting us as the Presenting Sponsor! 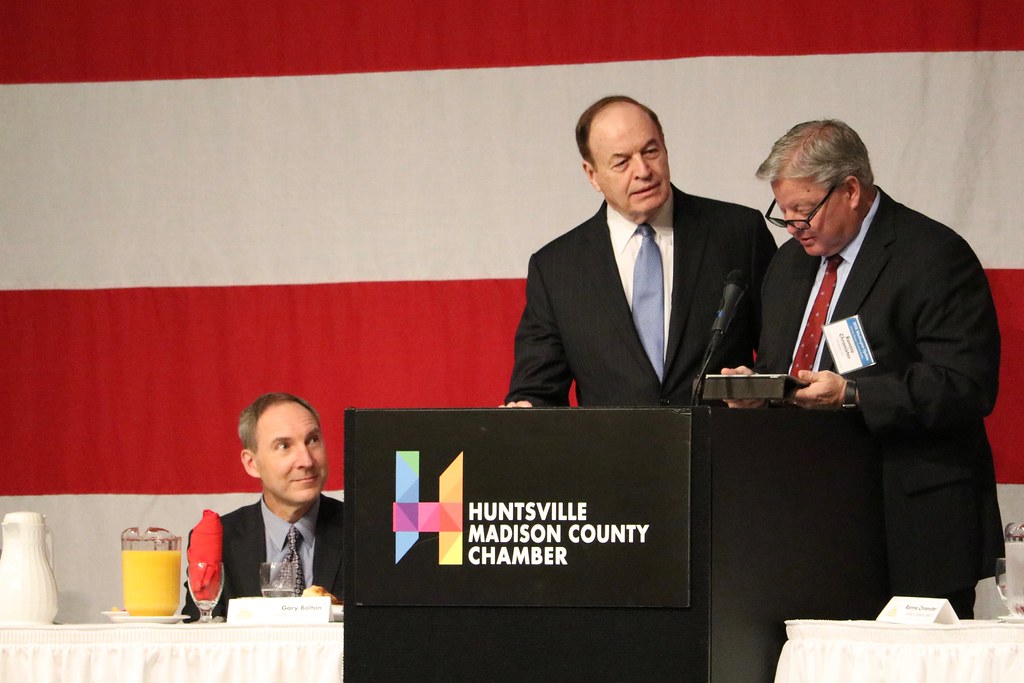